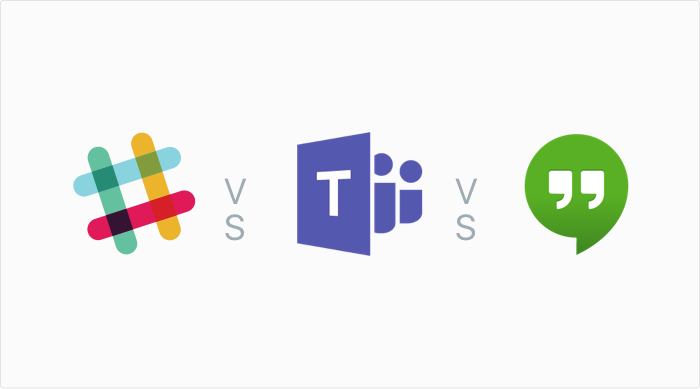 Google has been making a big push into the enterprise over the past year with Google Cloud, and they’re continuing down that trend with today’s announcement of their new Hangouts Chat. Hangouts Chat will be distributed alongside GSuite, and is meant to compete with collaborative enterprise messaging platforms like Slack and the upcoming Microsoft Teams.

Google told us almost a year ago that they would do something along these lines with Hangouts. And while Hangouts hasn’t been considered an enterprise tool, a recent study showed that 11% of enterprise users still use Google Hangouts as their primary messaging tool. At many of those companies, however, Hangouts use tends to be fragmented – while some use Hangouts, others use Skype, text messaging, Facebook chat, or something else. But there are still pockets of engaged enterprise use - yesterday Colgate-Palmolive CIO Mike Crowe said that their company logged over 50,000 hours of communication on Hangouts.

A battleground for the future of enterprise

Slack aptly touts that it’s on a path to change the future of work. Those that think Slack is killing email are missing the point – it’s not just that users are bringing communication into Slack, they’re also bringing all aspects of their work into Slack with it. For its users, Slack has become the hub for all work-related activity.

This has resulted in users increasingly spending their time in Slack because the information that previously lived their web apps now lives in one place. Slack is becoming to the enterprise user what the iPhone has become to the consumer – the one thing users can’t live without because their whole life is there.

Microsoft and Google both realize this as well, and making a move to build a collaborative team messaging tool isn’t just a battle for the enterprise communication market share; it’s a battle for being the nervous system for all enterprise productivity experiences over the next dozen years. That is the very definition of what Office 365 and GSuite are supposed to be. But without a modern, collaborative messaging tool as part of this offering, over the long-run, they risk becoming just another enterprise product, rather than the product.

There is no doubt that Microsoft has a massive advantage with distribution. Office 365 has grown to over 85 million commercial users, most of whom will have Microsoft Teams available to them for free.

With that kind of a user base, and one that has grown over 37% in the past year alone, Microsoft can’t be ignored. There is no doubt millions of users will be on Teams by years’ end, and depending on how Microsoft shapes its communication product strategy, it may very well cannibalize a significant portion of Skype for Business’ 37% market share.

GSuite also has some muscle to flex here, with over 3 million businesses paying for Google’s software. While that number shows GSuite is no lightweight, it’s still unclear how many users that amounts to, or how big these teams are.

Slack has little to no distribution advantage in this space. But where it does have an advantage is engagement. While Microsoft and Google present quarterly revenues, and active licenses, Slack tends to showcase daily active users. A fundamental core engagement metric that tells you how many people are actually using the product. Because that is what Slack has going for it – a rabidly engaged user base.

And to go along with that, they also have a rabidly engaged group of 3rd party developers. These developers aren’t just made up of companies bringing their solutions to Slack, but Slack has managed to engage developers within their customer base. As these developers build tools for their own companies on Slack, the rest of the company gets further embedded in the product, and it just continues down the path of being the tool that workers can’t live without.

What does success look like for Teams and Hangouts?

Microsoft currently has tens of millions of users regularly using Skype for Business – far exceeding Slack’s daily active user rate. If all those users are suddenly switching to Microsoft Teams, is that success for the product? While that might be good, it is definitely not the definition of success because it depends on what they’re doing. More important than the number of users is how the users are using the product.

In order to drive the right kind of usage to win in the long run, Microsoft and Google need to build up the infrastructure to ensure users can do things other than just communicate. They need to focus on empowering users to bring other aspects of work into Teams and Hangouts.

That means building a great developer outreach program, investing heavily in a platform, and engaging with developers within their customer base to build company internal tools. And this is where Slack has a massive advantage – Slack has already won the hearts and minds of many developers, including developers at big enterprise companies.

If Microsoft and Google fail to win them over, pockets of developers at big enterprise will stay on Slack. And they’ll build tools for their non-developer colleagues on Slack to make Slack a more compelling option for the company. 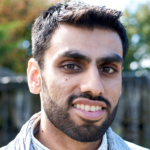